Why this one…or two!?

A few days ago I felt that I may have finished two mixed media artworks that each started off as a monoprint. It was time to walk away from them and return to them with fresh eyes. The following day was spent cycling by the sea and on Wednesday I returned to the studio to see them with a refreshed mind and with “new” eyes. Later that night I began to think about why I had produced theses two works. I rarely give too much thought to my process, preferring to just get on with it, but the images that I used for reference are from January 2019 and this prompted an analysis of why this one.

It seems that this most recent pair of works are the result of a perfect storm. The following are in no particular order of significance or importance.

1.  The influence of Violet.

Last week I welcomed an “A” Level Art student called Violet to my studio as part of a week’s “Work Experience” placement. I involved Violet with various aspects of my art practice including a couple of printmaking sessions incorporating both monoprint and dry-point techniques.  In recent months I have been working on an on-going series of coastal works using oil on canvas. However, it occurred to me that the series had previously involved monoprints and mixed media too.  I decided to join Violet in producing a monoprint and based it on one of the paintings that has been inspired by recent visits to Formby Beach. Here it is, “Beach Isolation”, monoprint. 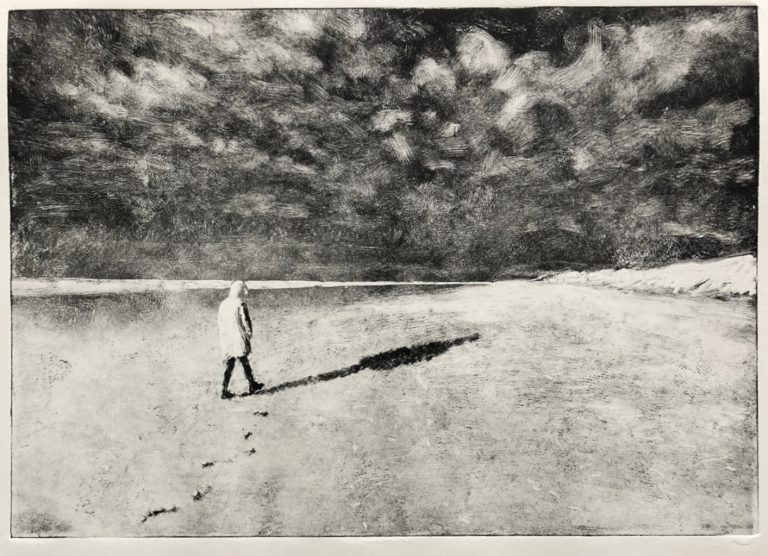 There is something slightly addictive with monoprints and it was clear that I was going to continue…but with what?

2. The influence of Jeff Beck and Johnny Depp.

My most recently completed painting has been sent to be high resolution scanned but here is a photograph taken with my mobile phone of “Jeff Beck Featuring Johnny Depp”, oil on canvas. I posted a photograph of the painting as a “work in progress” on various Facebook groups and one very generous Jeff Beck/Johnny Depp fan remarked on the way I paint light. 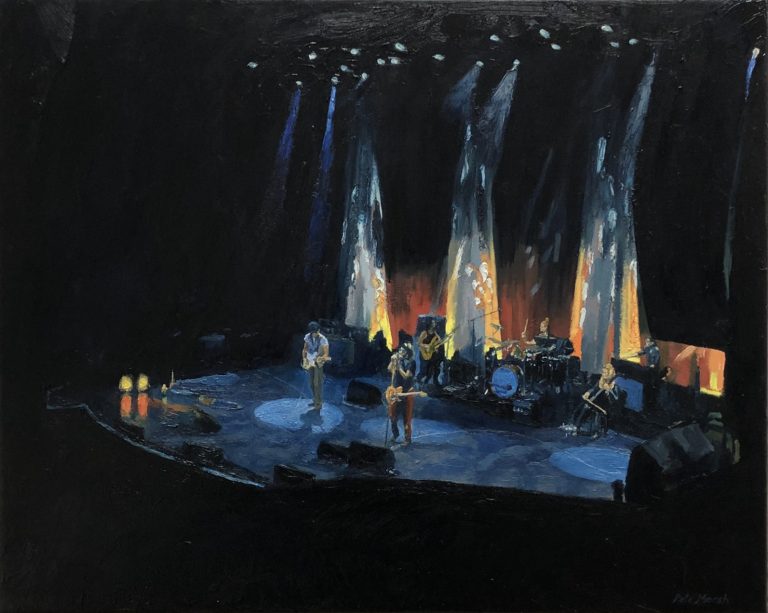 The painting is inspired by a visit to Australia to see my son and his partner. Jack and Teresa took us to Clarke’s Beach, Byron Bay where we had a lovely time. The painting is inspired by our visit to Clarke’s Beach and the female sitting on the left of the foreground is more than based on Teresa. If I had not received the comment by the Jeff Beck/Johnny Depp fan, I probably would not have given this (sold) painting a second thought.

3. The influence of the atmospheric light over Clarke’s Beach, Byron Bay, Australia.

Hopefully, this is self explanatory.

4. The influence of Teresa, Jack and Luca Marsh.

My son, Jack and his wife Teresa, have just welcomed their new born baby, Luca Lorenzo Marsh into the world. The imminent birth has been ever present in my mind for weeks. I’m sure that other members of the family have felt the same mixture of excitement, trepidation and hope. The announcement of Luca’s birth and the confirmation that both mother and baby are well (our first grandchild), was and is still, emotionally, almost overwhelming. 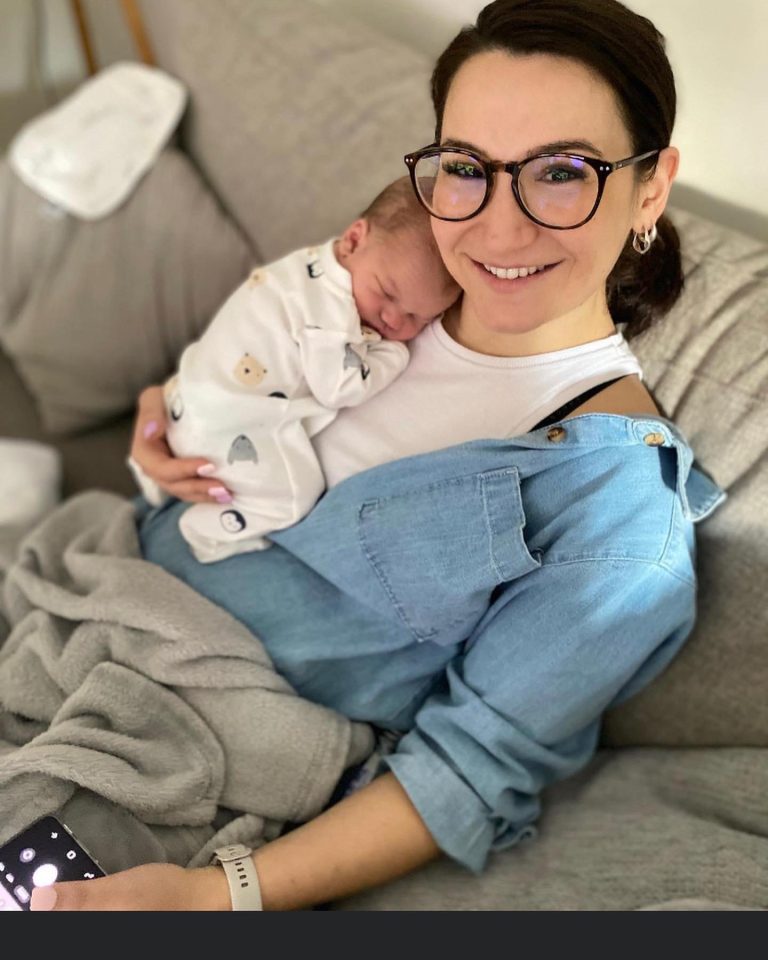 It would be wrong to say that a conscious decision was made to produce versions of “Towards The End Of The Day”. In retrospect, it is likely that through my subconscious the above circumstances combined and provided the catalyst for the following works. I was very aware that throughout the production of these works, the figure on the far left is Teresa. There was just something inside me that made me want to paint Teresa. Each started as a monoprint and each has been worked into with titanium white oil paint and black intaglio ink, often diluted with distilled turpentine using rags, fingers, brushes bits of card and palette knives. I do not have titles for these yet…suggestions welcomed. 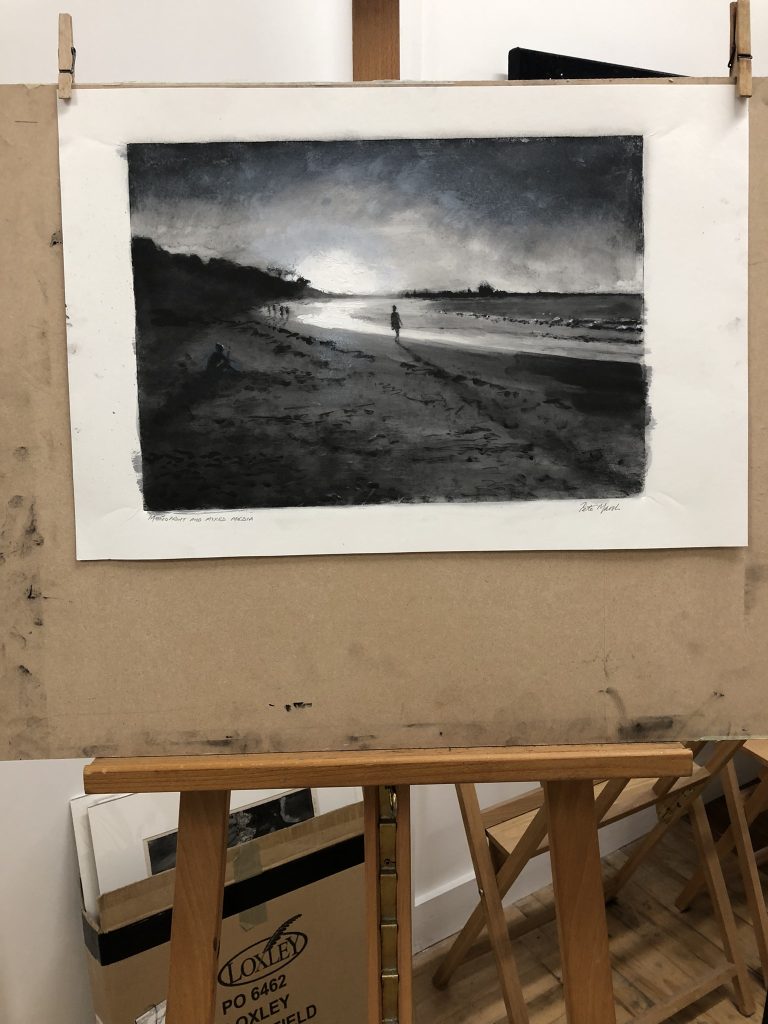 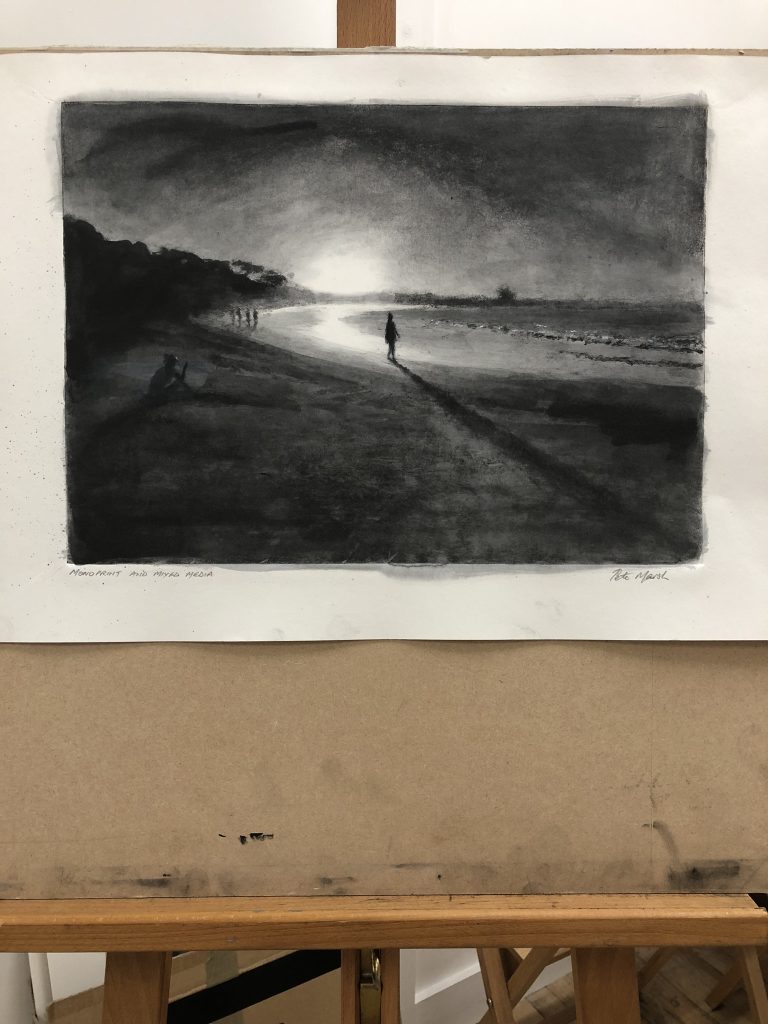 Thanks for reading. The first 2 people to claim will earn a 50% discount of any piece of work from my website. Just use the contact page to message me which work you want and quote the the following discount code: