I was commissioned by the Headteacher at St. Thomas (Halliwell) CE Primary School to paint a mural. The School had run a competition for pupils to design a new logo for the School and Mrs. Fielden, the Headteacher, gave me the freedom to paint the winning design as a mural within the School grounds. The winning design by Amberin possesses such charm and clarity that I decided to keep faithful to her work. On Monday 24th June 2019 I returned to the School so that Amberin could paint the finishing touch to the mural. Here’s the story in picture form: 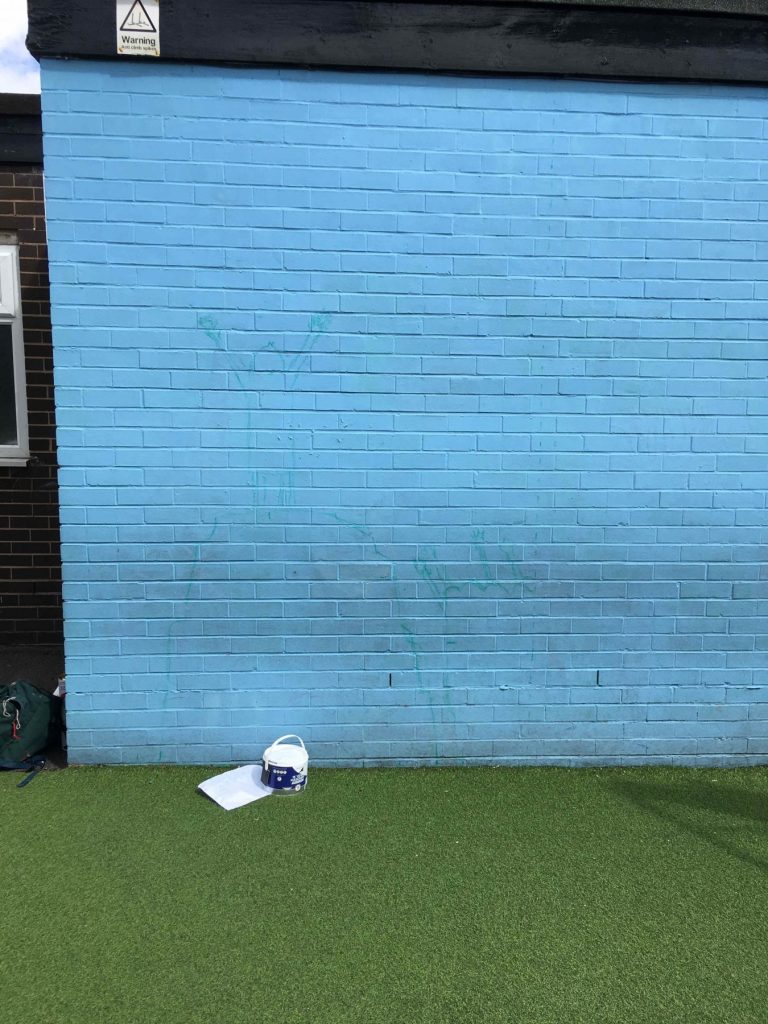 I took advantage of the June half-term to start the mural so as to avoid as much disruption as possible to the School. The above photograph shows the wall onto which I have sketched an outline of Amberin’s design. You may have to look quite hard as the sketch is fairly feint. 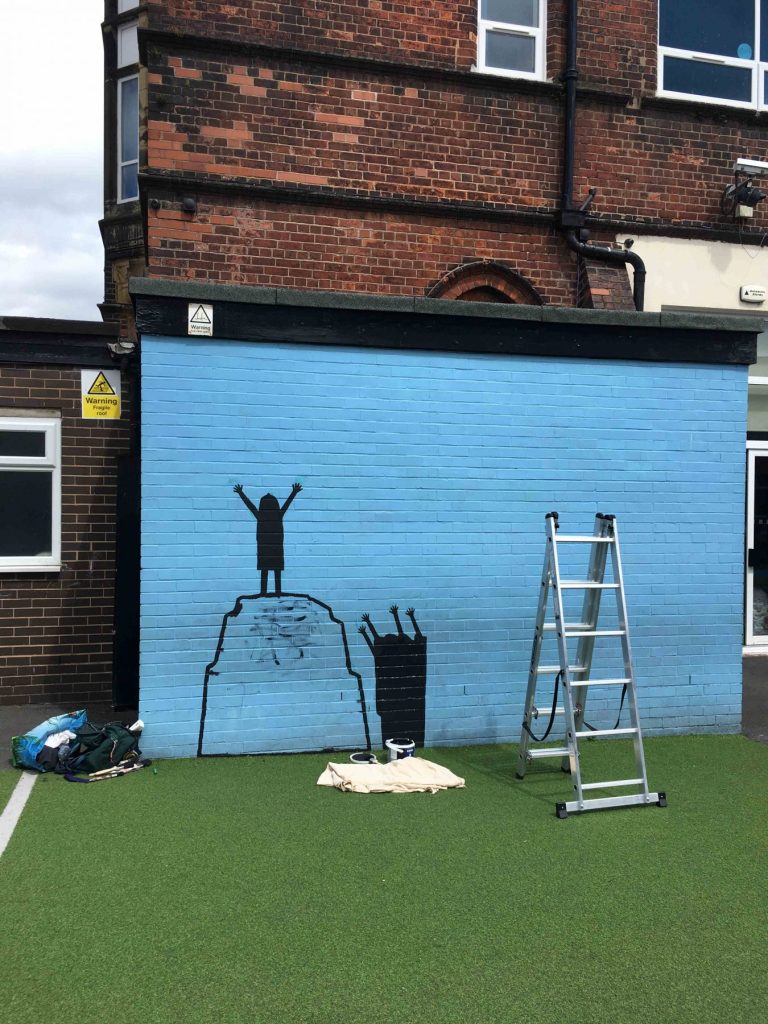 The figures and the rock were painted first.. 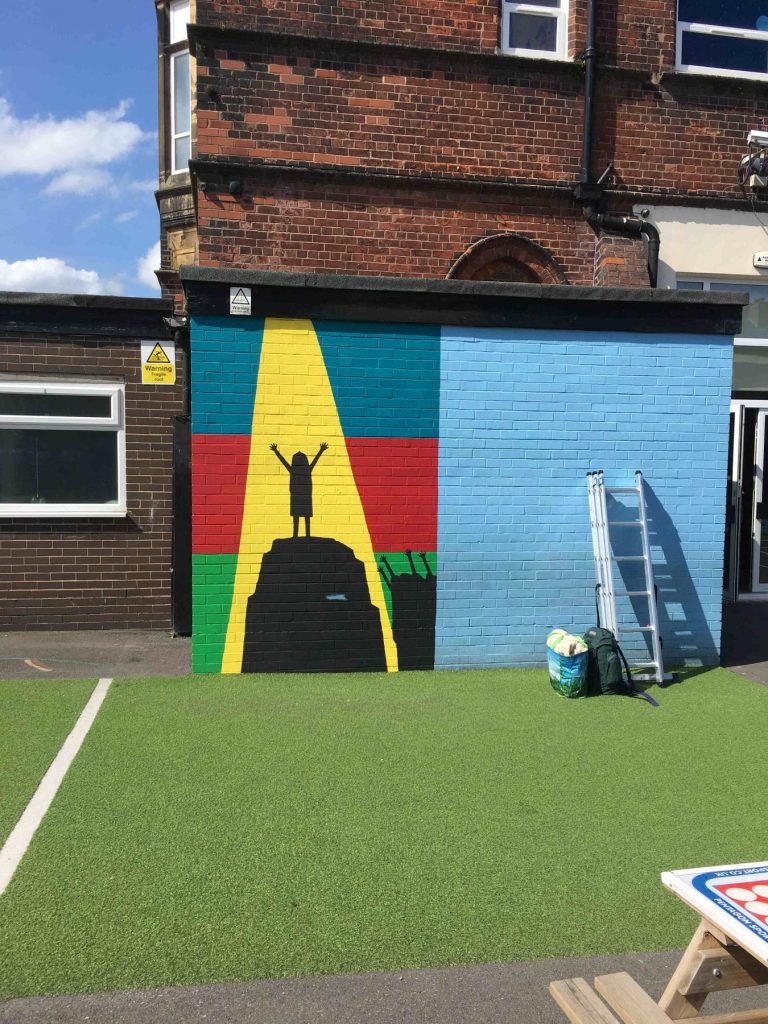 ..followed by the coloured bands and the shaft of light. 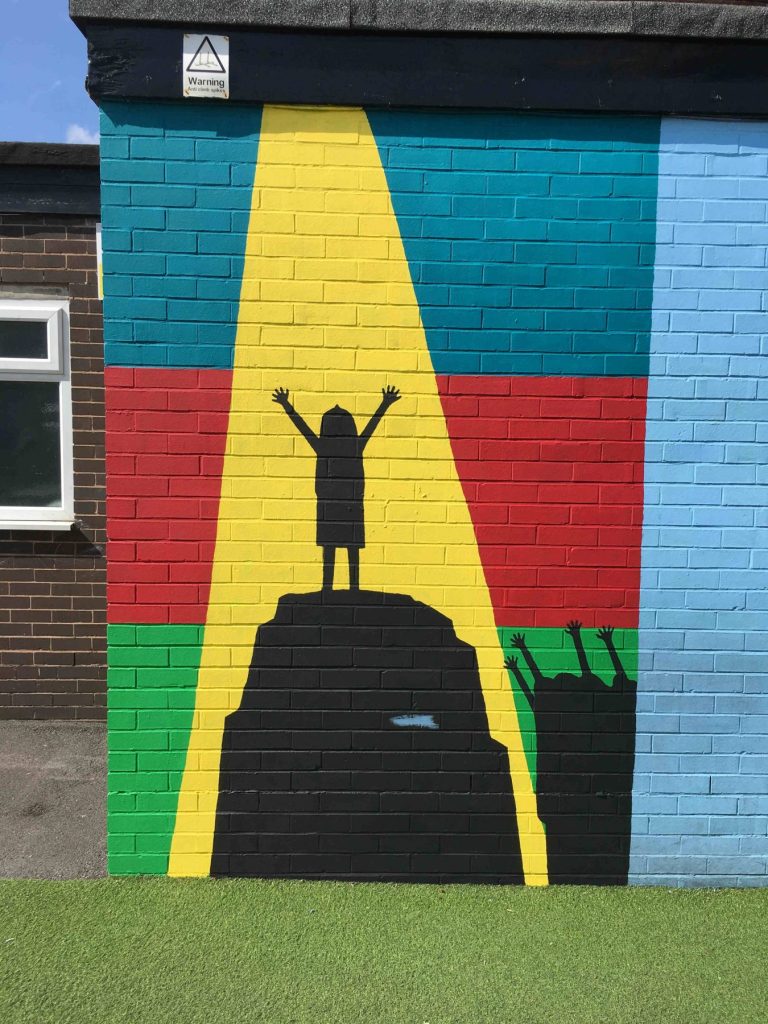 A small area has been left unfinished so that Amberin can complete the mural when the pupils return to school after half-term. A Biblical quote also needs to be added once a second coat of yellow has been applied. Unfortunately the British “summer” (rain followed by more rain) prevented me from completing the text during the half-term holiday…. 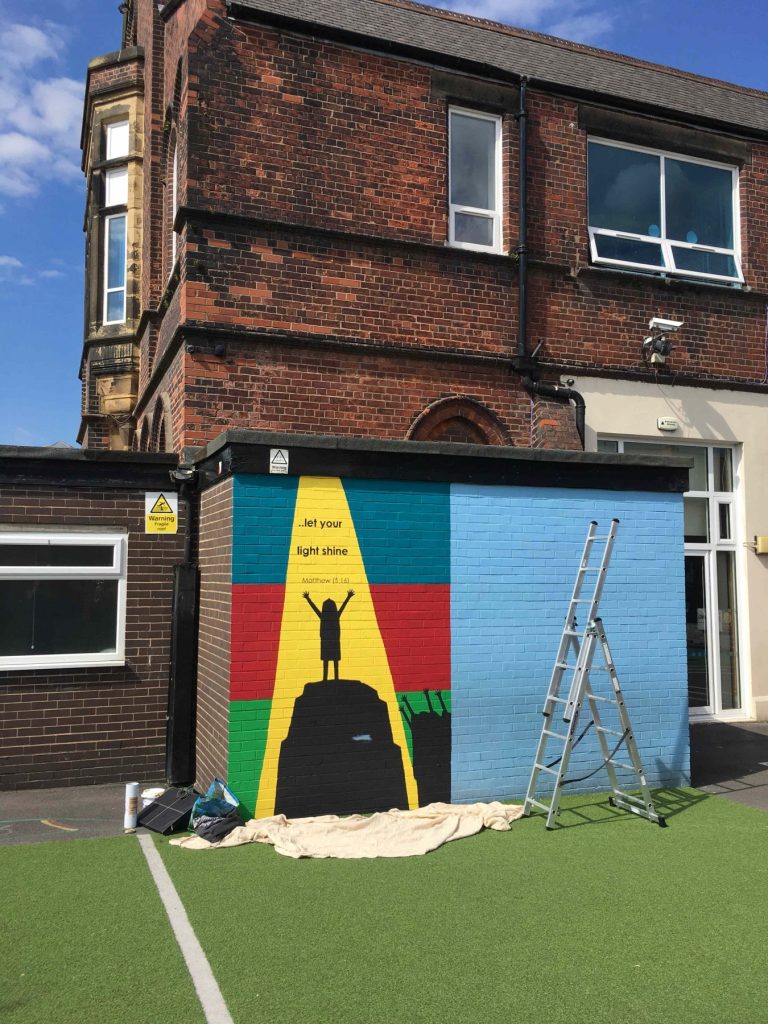 About two weeks after I had started the mural I finally found a break in the wet weather and returned to the School to complete the text. 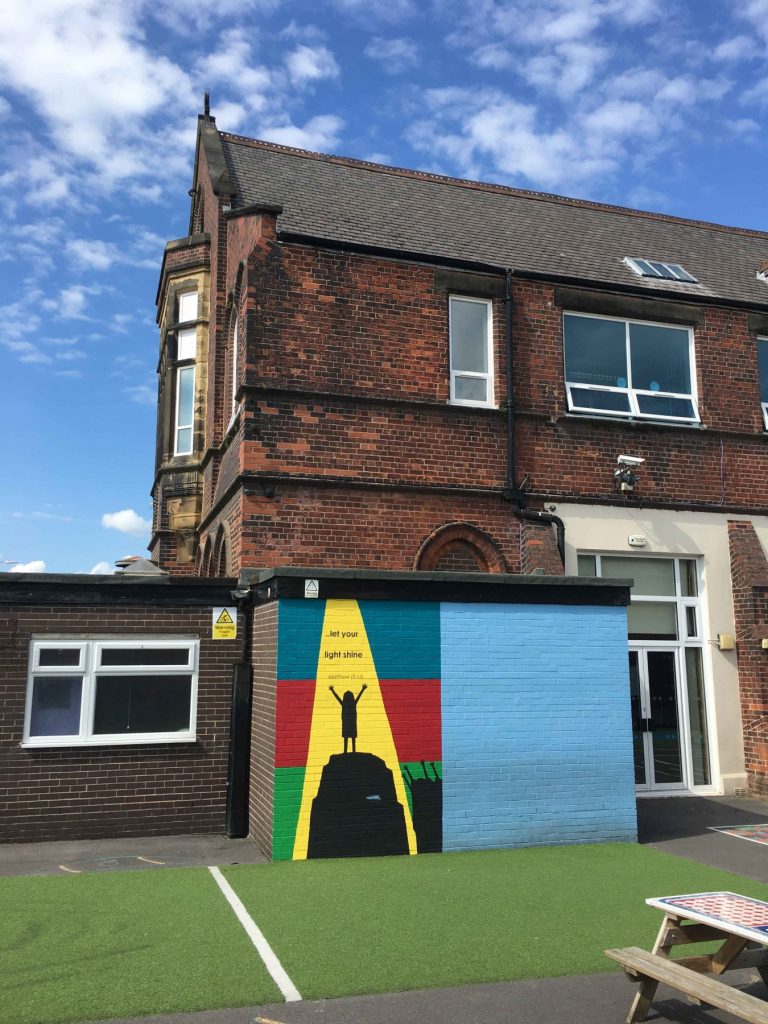 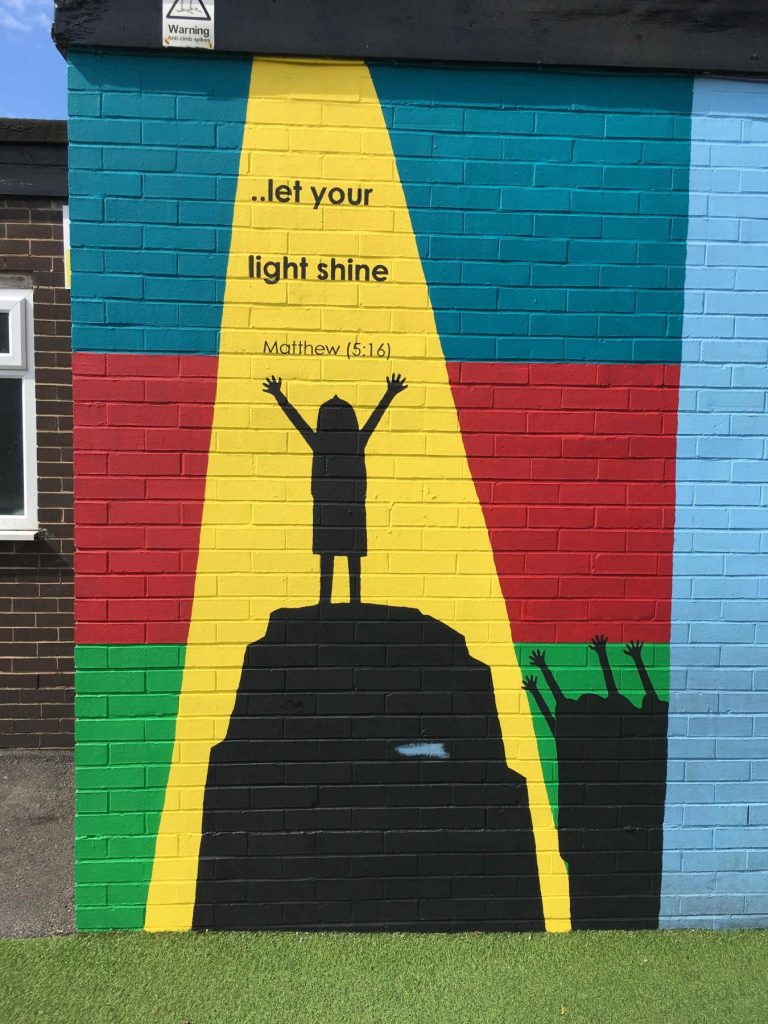 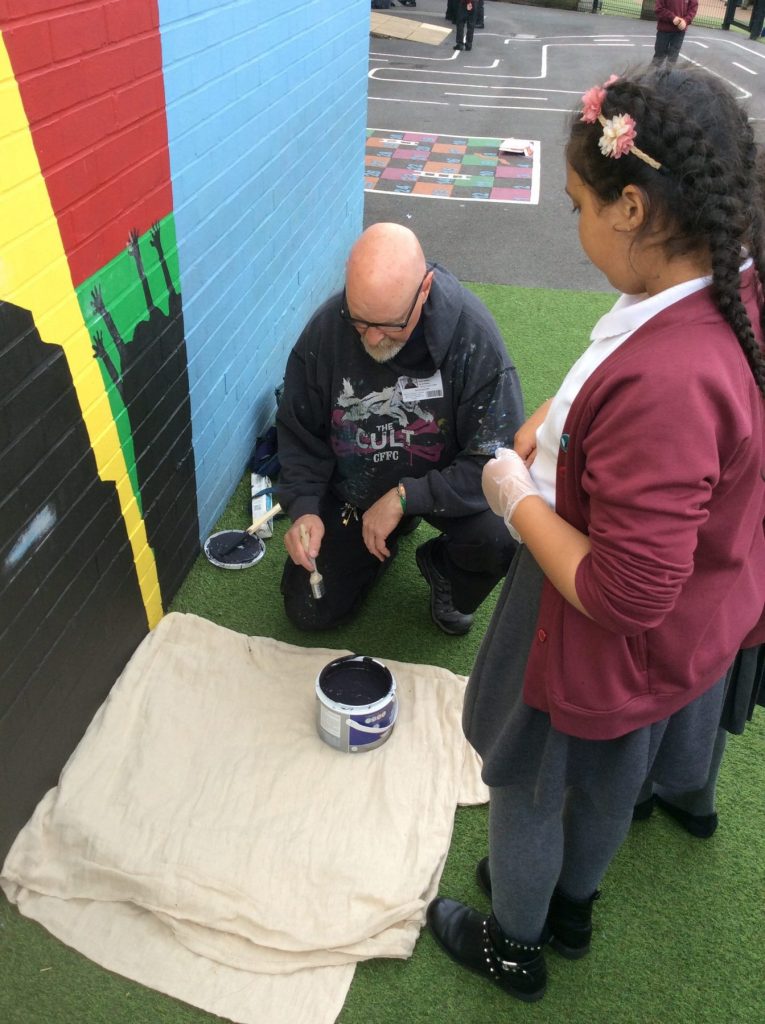 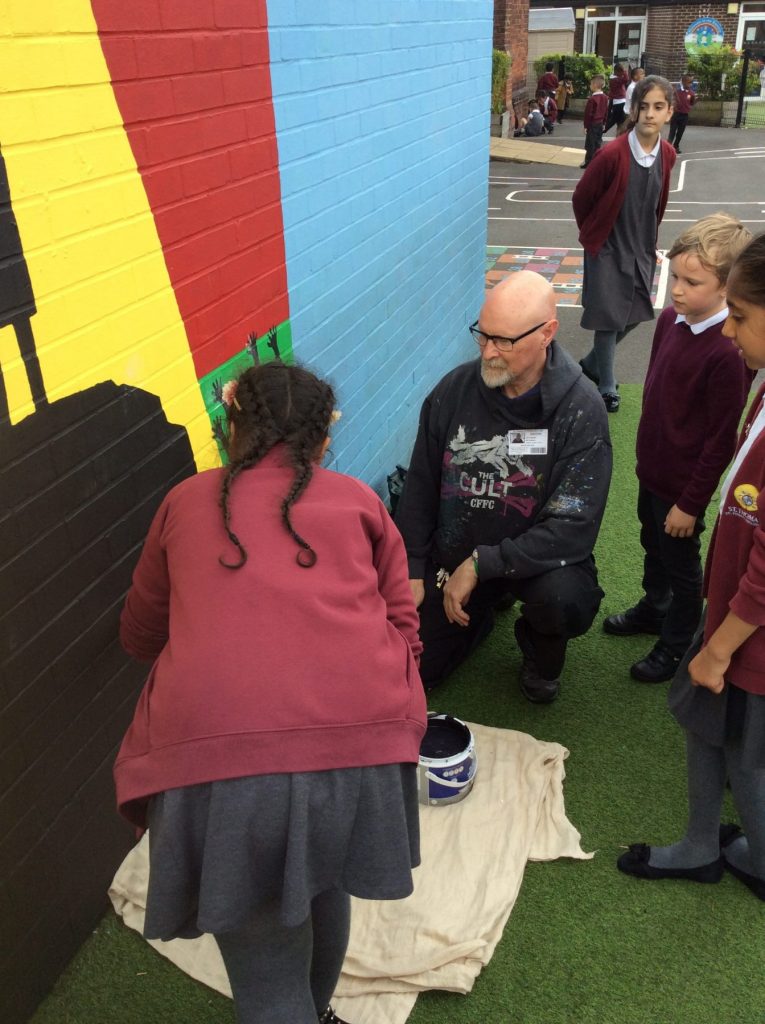 No pressure Amberin…but quite a crowd is watching your every move! 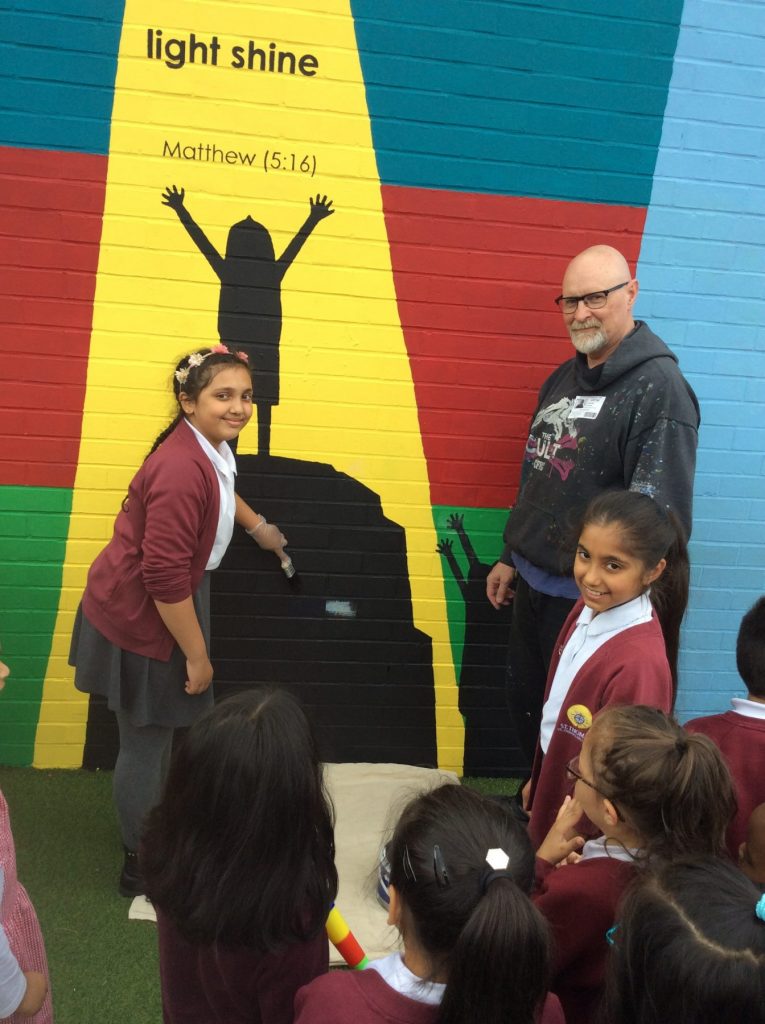 Amberin about to complete the mural 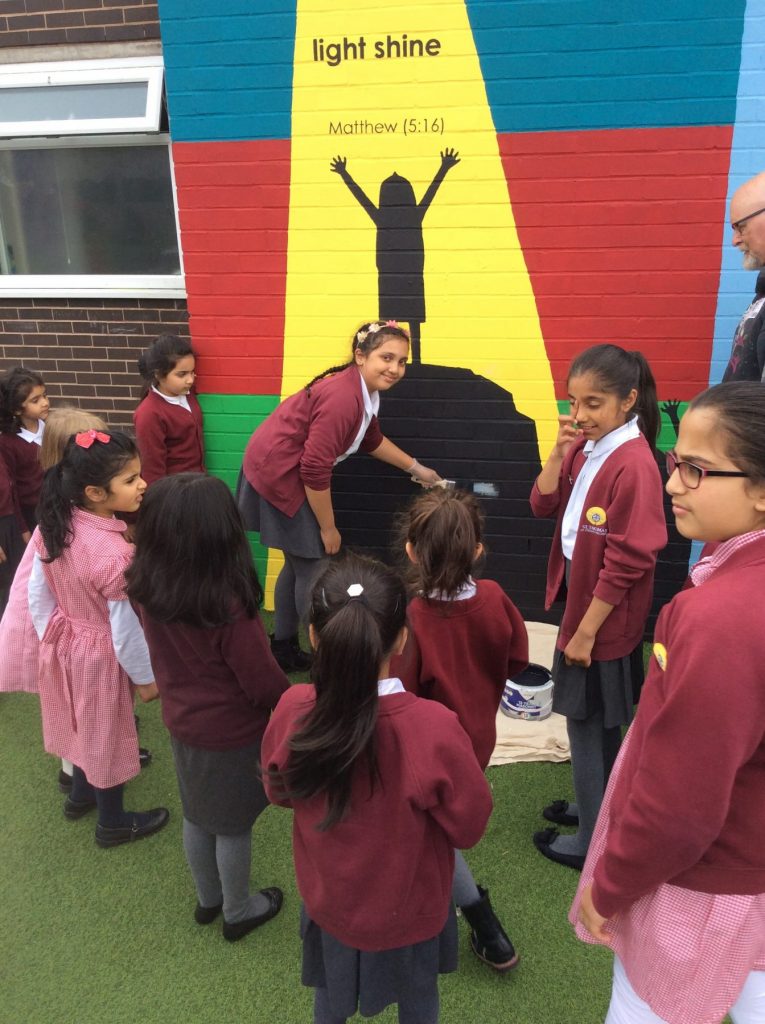 Above is a digital version of the winning design (based on the colours in the mural). This will appear on the School’s headed note-paper with the Biblical quote underneath and may even find it’s way onto school pullovers/cardigan.

Finally a big thank you to Daz 😉