Update…18th April 2017…I may have finished this painting today… 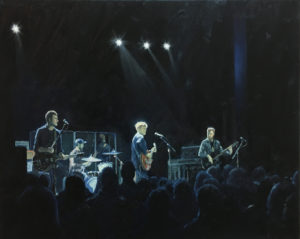 Isn’t it great when you go to a gig and the support band blows you away? I’ve been really lucky recently for when I went to see King King at The Grand Venue, Clitheroe, the support band was Broken Witt Rebels…from my home city of Birmingham and they were great! Alan Nimmo of King King remarked on what a good band they are and predicted that these guys are going places. Some time later I went to Manchester Academy to see Joanne Shaw Taylor and on the day of the gig I discovered that the support band would be Broken Witt Rebels! What a show..they produced another scintillating performance and left the audience wanting more. My biggest disappointment is that I was unable to see them at Manchester’s Ruby Lounge recently. Nonetheless here is a canvas that has been worked on over the last few weeks….it is another “work in progress” but it isn’t that far from being finished (I think). When this is finished I’ll upload it to my website. 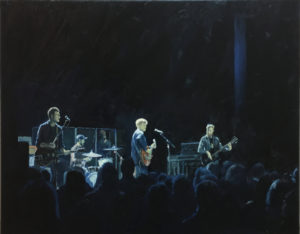