UPDATE: 24th October, the painting inspired by Dan Patlansky’s gig at The Deaf Institute may just be finished…. 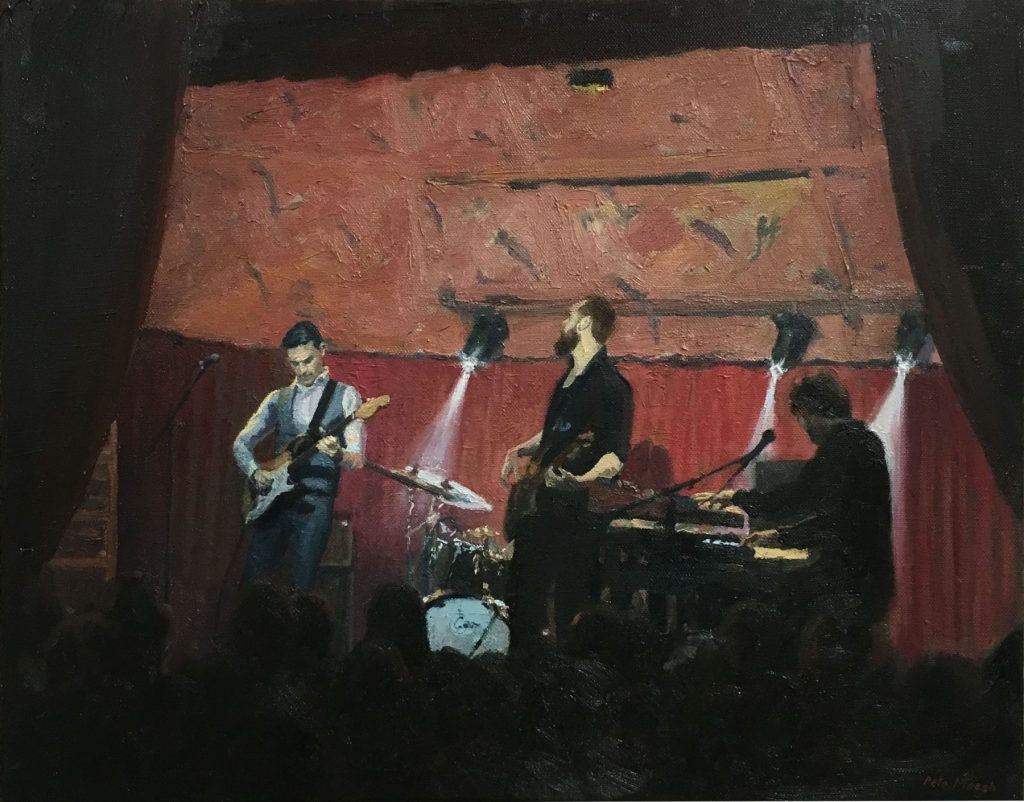 Yesterday afternoon (15th March) I was granted permission to sketch during the sound-check at The Deaf Institute, Manchester. I owe a debt of thanks to Bernie Nuttall, Chris Rivers, also Rubin and Laurie from The Deaf Institute, the promoter and of course huge, huge thanks must go to Dan Patlansky (headlining act) and Mollie Marriott (support) for allowing me to sketch.

I know that this is in danger of becoming my mantra but it is so true for me that it is just worth repeating:

I can take as many photographs as I wish but when I draw I have to really look and when I really look, I really see. There, I’ve said it again!

Subtle little things are found when one really looks hard. This may seem a contradiction but when one is forced to draw very quickly one seems to see more..maybe it is because one’s focus is so heightened. I have drawn many life studies over the years and the drawings that I like the best almost always seem to be the 2 minute poses rather than the 1 hour poses. Drawing musicians during sound-check or performance requires rapid sketching. I tend to look for quintessentially characteristic things like the way somebody stands or holds their strumming hand or their fretting hand.

In the order in which they were produced here are pages from my sketchbook, first of all three pages of Dan Patlansky and his band during sound-check. 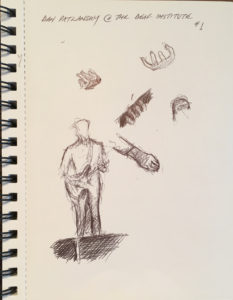 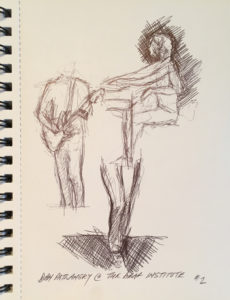 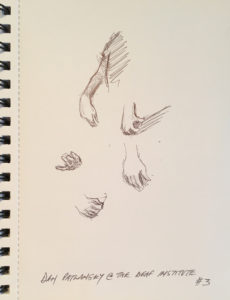 The next three pages feature Mollie Marriott and her band at their sound-check: 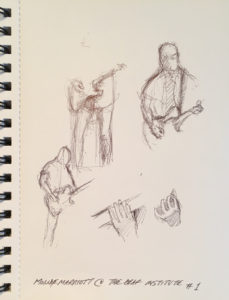 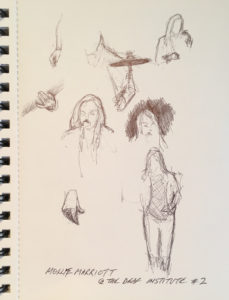 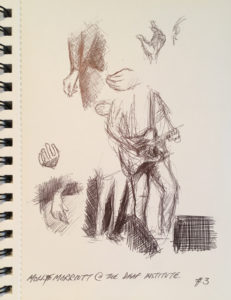 It is not often that I get to do this, but at last night’s gig I was under an illuminated sign which permitted me enough light to sketch during the gig. For the most part it was too crowded but for a little while I had enough space and light to produce a couple of pages during Dan Patlansky’s set: 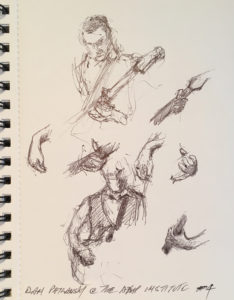 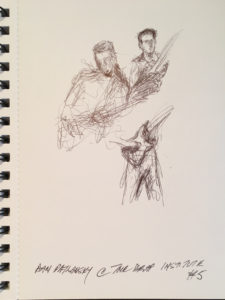 I also took plenty of photographs but I have not had chance to look at these yet for I have spent all day producing a limited edition Dry-point of Laurence Jones and his band. Nonetheless there are certain aspects of the Dan Patlansky set and also the Mollie Marriott set that I have committed to memory with a view to producing studio paintings from this gig….time will tell.