For some time now I have been working on a series of lino-cuts based on my second year as “Artist-in-Residence” at The Great British Rhythm and Blues Festival in Colne, Lancashire. I intended to keep each print as a low limited edition of only five prints. To date, prints inspired by Connie Lush, Katie Bradley, Slack Alice, Catfish and Trevor Babajack Steger have been produced as limited editions of five..as planned. Prints inspired by King King, Charlotte Marshall and The 45s, Laurence Jones, Mike Vernon and The Mighty Combo and Xander And The Peace Pirates are all in various stages of development.

Yesterday I continued work on a 22cm x 22cm lino-cut inspired by Lias Mann and I had every intention of producing a limited edition of 5..but it did not quite work out that way!

With the image drawn (reverse image) onto the “plate” (sheet of lino) I began to cut into it with my lino cutting gouges. This particular plate need some very fine detail work so in combination with the gouges I also used a 0.8mm engraving tool (Dremel). I have used power tools on lino previously, producing cuts with drill bits, grind wheels and even an angle grinder fitted with a disc for woodworking. The Lisa Mann plate needed very careful work as there was always going to be the risk that a finely cut island of lino could break off. The cutting was finally complete, or so I thought, and I was ready to print. The first impression off the press was not entirely to my satisfaction which necessitated the further cutting away of material. The next print, my “Artist’s Proof” clearly benefited (in my opinion) from this additional removal and I was able to proceed with inking up and printing my edition of 5. However, the action of rolling the ink onto the plate and of passing the plate through my printing press resulted in a delicate detail breaking from the plate. The lino had been cut and machined so thin that it was too fragile and the intended very limited edition of 5 Lisa Mann print became an extremely limited edition of only 2! 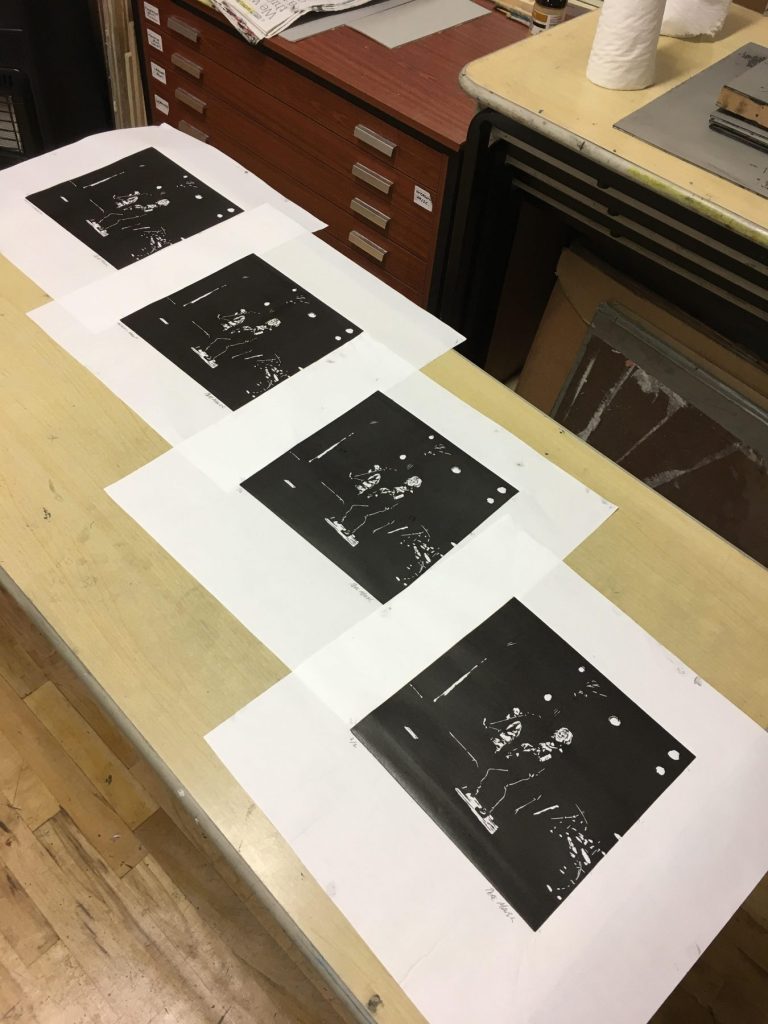 Here is the limited edition of TWO! 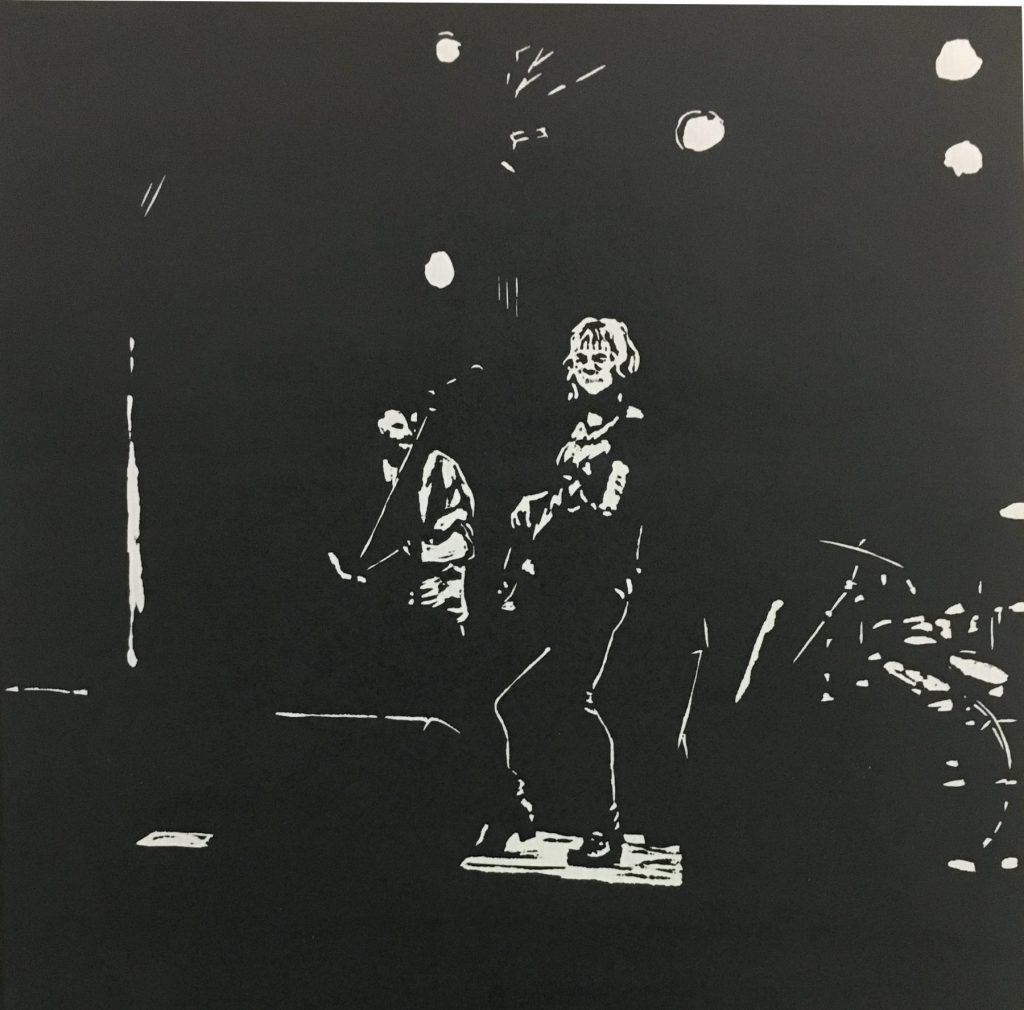